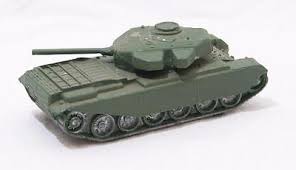 Childhood is one of those periods of life where everything seemed perfect. If anything broke it is probably something a glass or window and not our hearts. If you look back to majority of people’s childhood it is probably filled with fond memories. When we look at the children today and the way they are spending their childhood we can’t even imagine ourselves spending our childhood like today. This shows how much childhood has changed from then to now.

There was a time back then when playing indoors was a punishment. Back then every day the boys gathered around the to play a game of baseball or some sport while the girls played with their dolls. Today, all the kids stay indoors stuck to computers, laptops, phones and what not. Being grounded doesn’t even look like a punishment unless of course there is party or even you were supposed to attend. Trees were climbed, fruits were plucked, fields were run on, etc. but now kids knew to use phone at a very young age.

When we were grounded we played with our little action figures and toy soldiers that our parents bought for us with great difficulty. Today you can find military scale model online shops and Waigo hobby online shop toys easily but not many are interested as they used to be. Their imagination lies somewhere else inside a screen.

I used to remember trying to wake up early in the morning during the weekend to make sure I don’t miss the morning cartoons but today all you need to do is just log in to YouTube and you all the shows you missed.

As kids we all had questions. Questions that we can only discuss with our friends because adults might think we are crazy but most of those discussion end along the words of “Well, we will never know.” Look at today’s kids they know better than us thanks to Google and the internet.

Writing was a thing of skill that was praised highly back then. Friends who can write neatly were envied a lot but today good handwriting is nothing thanks to the keyboards of computers and laptops. If I am not mistaken people who can write neatly nowadays are only called upon to write hand written letters or fill the blanks of a certificate.

Times have changed indeed and looking back at it seems scary and frightening but I would say that I am lucky I had the childhood that I had instead of the modern childhood of the internet and smartphones.